{Calling Myself Out} When Being Real Means Being Negative…

Between my 6 month old’s vaccinations this afternoon and a “to-do” list that has made my eyes start to blur, I knew the moment I heard the snowplow, there was going to be trouble. I used the old, #FirstWorldProblems hashtag, becauase after finally settling a very cranky infant, I needed to laugh when he woke up with an earth-shattering scream and my 7 year old decided the snow ploy was terrifying and screamed in unison. They were like an unholy choir, of sad children.

So, I tweeted something I thought would be borderline hilarious, (and perhaps borderline not.)  Then, I saw this: 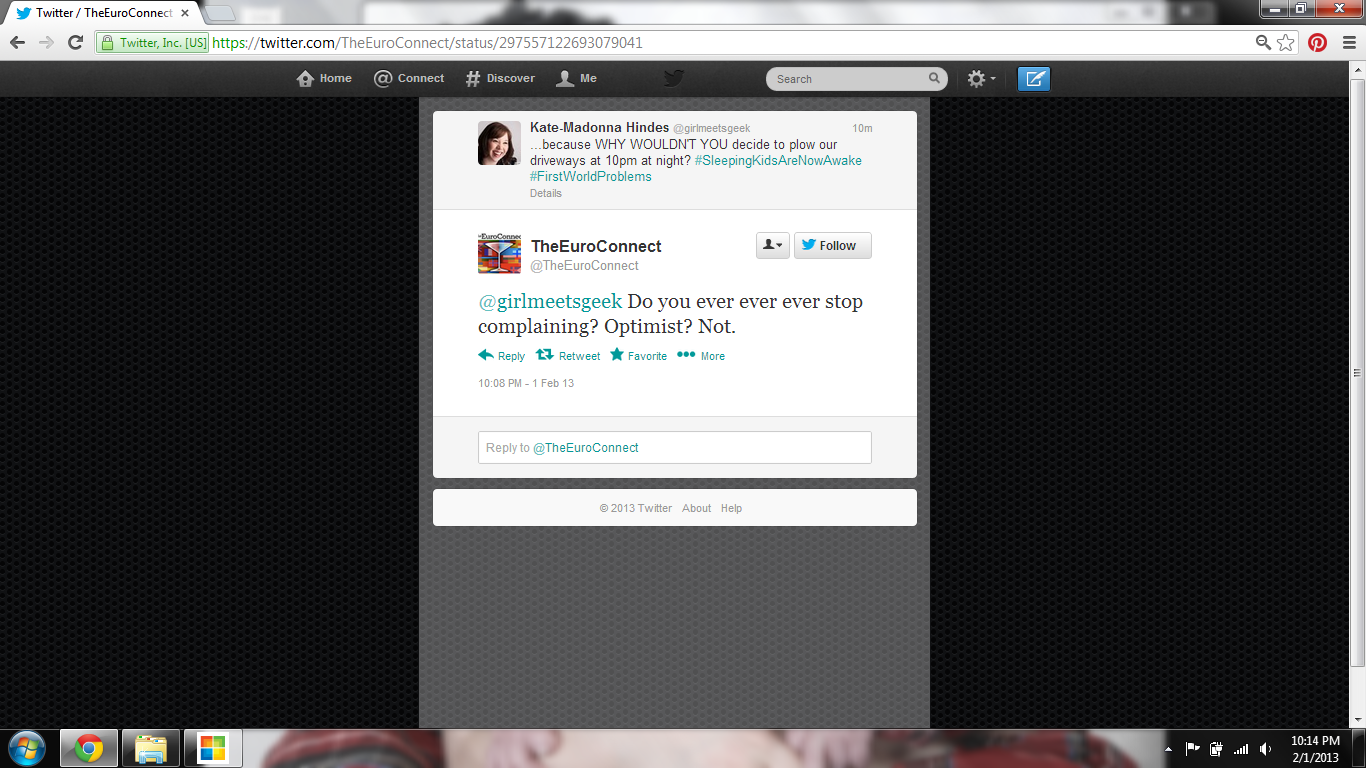 Whoa. That took guts. It must have come from a very visceral place and I was hurt and angry. I went through a slew of emotions from, “but my kid was up!” To, “You know, I respect it. It took guts. I can’t believe they tweeted that.” Then, I went to, “That’s a brand. Interesting.”  First, I couldnt help but wonder how fantastically-angry he or she must have been to tweet that FROM a business account. Then I thought, (as I always do,) “I should check this. Everything has a sliver of merit.” I looked at yesterday, (which almost sounds like sunshine and rainbows, with tweets about helping candidates and recruiting, a fun note to a good friend, cheering on Mini Cooper’s campaign and telling DavidTC how awesome he is, amongst silly other tweets.)

I looked the day before where I tweeted all about loving my coworkers and a few strange links that popped up in my google alerts. Tweets for the past few weeks were a mixture of silliness, advice and weird articles. (Which, literally describes my personality.) After I read this that popped up in my reddit inbox, I still wondered what had happened. I remembered last week when someone tweeted: 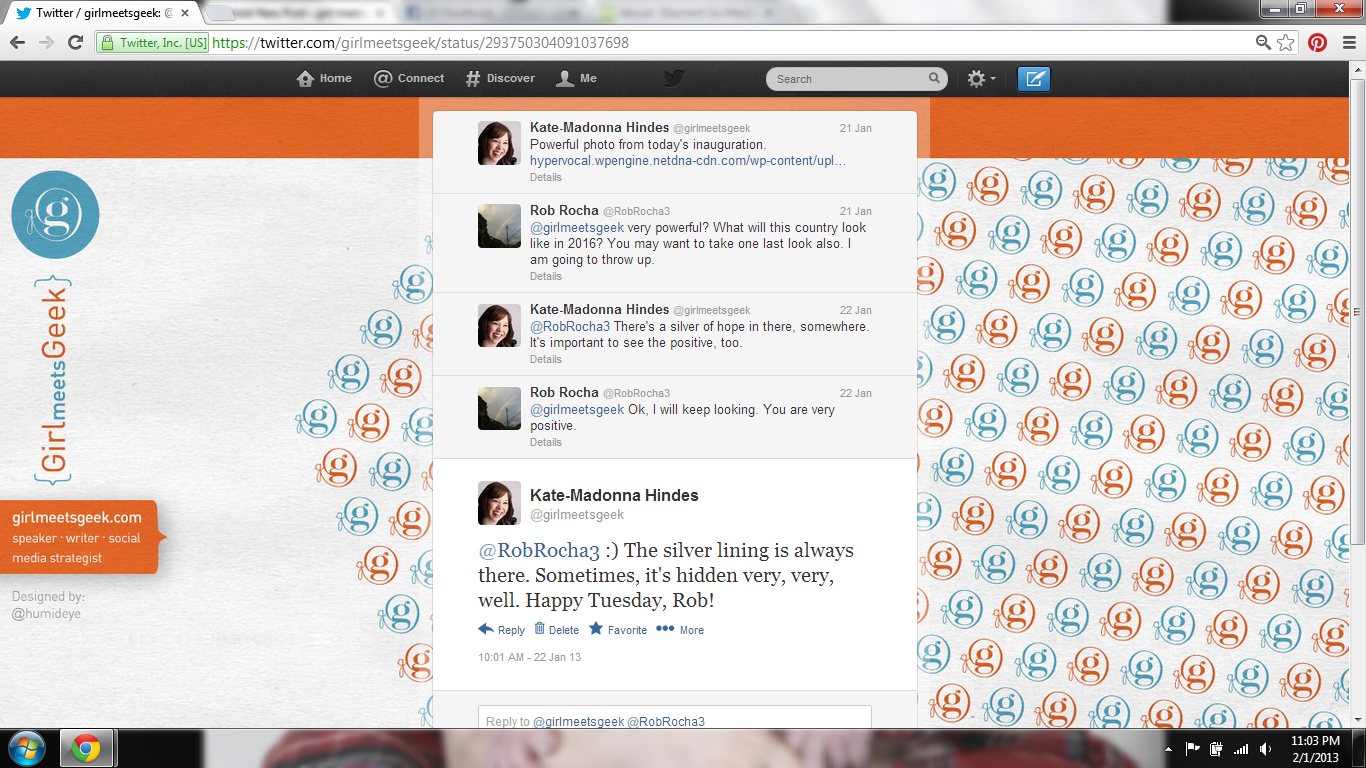 I looked at today’s feed and tried to throw on a new set of eyes, (as the great Jim Ericson would tell me.) I’m about 85% happy-go-lucky with smiles and kudos and 15% utter darkness. (The news is a dark place and…holy hannah, I love a great headline.) After I didn’t find much merit, (or my self-esteem bubble finally re-inflated,) I couldn’t get over the fact that someone had done that from a business account, (for a networking club.) At least they were real and frankly, I like raw emotions, (and I have an idea who tweets from the account.)

We seem to glorify in one another’s mis-steps, (myself included.) Although it’s easy to rise above, we sometimes fall to the call of sinking below. Their last tweet made me wonder. Which truths are okay to speak of publicly and which ones should we keep inside? A truth is still a truth, even if it goes unspoken. What is it about social media that makes us want to share the tiny parts of our lives that go unnoticed? A snow plow started an emotional chain-reaction and in the realness, (also, possibly too much reddit,) I embraced a #FirstWorldProblem. I comforted my children with a smile, hoping that someone else out there, understood what being the only parent home in the evenings, can do.

After having a conversation with a friend, they said, “Authenticity means not always finding the crisp and white.” To one, I’m positive, to one, negative. For a self-proclaimed “people-pleaser in rehab,” it’s hard not to want to FIX it. The idea that my realness might be someone else’s pain and vice-versa, is daunting. My first business card said, “I just live unabashedly, out-loud.” That’s the only truth I’m left with.

A thought to ponder as I rock my baby to sleep… just one more time.