Did you hear about our experience with Venture Photography in late January? We were approached in a mall, offered an ill-fated giftcard for $50.00 and I promised I’d blog about my experience. Blog, I did. I spoke candidly about the evolution of photography and the need to catalog photos for future generations with digital backups. I also revealed Venture’s pricing and explained what I had overheard about their sales process and the complaints by many on the internet. I was an unbeliever and a skeptic. In fact, I even cancelled two return appointments to view the photos, because I was afraid that the pictures would be brilliant and unaffordable. Truthfully, I was scared that I wouldn’t be able to say, “No,” to my daughter’s beautiful face and possibly the last photos before I lost more of my hair. As vain as it was, I wanted to remember this moment of my life as the, “great hurrah.”

We put off going in until nearly 3 months. Once I saw the photographs that were presented, I looked over to my right and we sat in amazement. I was so fearful my child would look like a doll, or a highly-photoshopped version of who another person claimed she was.  Not only was she beautiful, she was vibrant and colorful. The photos spoke for themselves and our hearts broke at the thought of wanting to afford pictures that we surely could not. We had a few options picked out, (including our free 8 x 10,) but I sat in the car and cried. I was a non-appreciative child, I wanted what I saw. On the way home I told John, “I’m going to get another job. I’m going to find a way to afford these pictures because for once, I want something NICE.” He smiled kindly at me and we rode, mostly in silence.

My entire house is second-hand furniture. (This is what happens when you are self-employed and medical bills, student loans and an actual savings account come before home furnishings or silly things like matching chairs. Some call it, “bohemian.”) I’ve never been the type of women to spend money frivolously or believe that I, “deserve” any new purse, lipstick or shoes. If I want something, I work for it- plain and simple. Frankly, I try to constantly remind myself that the sheer blessing of having a roof over my head, a steady paycheck and a healthy little girl ARE enough. I know it’s a struggle we all recognize too well.  But these photos… took my breath away. They were all I could think about. I wanted those moments more than I’ve ever wanted anything. Which, looking back is extremely telling to me as I don’t obsess over material things that are unaffordable. I move on. I worked harder in those 3 months than I ever have in my lifetime. I paid down more medical debt, I saved everywhere I could and eventually, I had a, “fund” for pictures, or perhaps matching chairs.

One day, our representative from Venture called.  Doug stated that they were having a “huge sale,” and that I could go in and really see what the “deals” were. I received a huge discount on some old frame models they had arrive in-studio. Suddenly, I realized, “We could afford this.” I’m going to eat crow, swallow my pride and tell you, we spent the equivalent of month’s mortgage on our photos, which was over 3 months of hard-earned savings, literally twenties at a time. 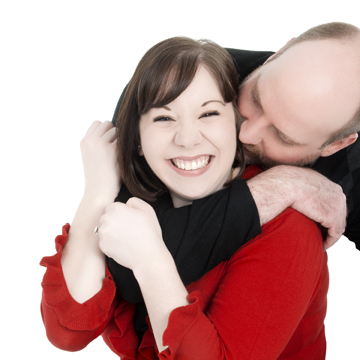 They were beautiful… (c) Venture Photography)

If you’ve been reading this blog, you’ll know what a stickler I am for owning the truth and integrity behind my words. This is one of the many reasons I criticized Venture so harshly in the original post, which I still stand by- one-hundred percent. Had we not been approached and told how, “affordable” the photos were, I would have NEVER wrote the post, did the research and ultimately criticized the company for using sales tactics that weren’t the entire truth. So here, out of my mouth is the truth about Venture Photography in Edina, Minnesota; complete with a tagline: “I took on another job to buy the gorgeous photos of my daughter. Darn you, Venture, you were right.”

Do I think we may have gotten some special treatment because of how hard I cried foul? I can’t be sure. The frame sale was advertised to all clients at the time and I was one of the first people to take advantage of it. However, after sharing our experience with Doug and how our mind had been changed, I said I would blog about our emotion and the photographs. He sent us this gorgeous slideshow to share:

Just Look At Our Pictures…

Not for the faint of heart, true photography should be an art-form. Good photography can remind someone of a memory or an emotion of the past. Truly great photography stuns the human eye to look deeper into the hidden elements of the photo. An eye can sparkle on camera; a finger and draw you closer and a smile can be contagious. The truth is, these photographs did all that for me and then some. Call it pregnancy brain, absolute desperation or otherwise, but our photographs caused a reaction in me I haven’t seen before. Suddenly, I wanted to showcase this moment on my wall, not because it was a fleeting memory I needed to hold onto, but because I was so proud of what my family had begun.

There are points I still think have incredible merit. Had Venture came up to us and challenged us to buy a $50 giftcard for a free sitting and 8×10 and not be amazed, I still might have taken it. Had they dropped the “affordable” lines from the pitch, I would have been more comfortable in-office. Had we been told the truth, or been able to see the pricing before the sitting, (transparency truly matters,) I might have not cried foul. When a potential customer is told a meal is “affordable,” sits down at a restaraunt, orders off the menu and realized she just swallowed an $800 hamburger, things can get ugly. Venture has an incredible opportunity here. Ethical advertising matters on all levels.

As for the point the photos aren’t cataloged and can’t be backed up digitally, this absolutely still stands. In fact, it stands greater than before. I specifically asked Doug how long they’d keep the raw images on file. I was told that after about 6 months to a year, they are non-recoverable. That, is one of Venture’s greatest losses. With the sheer art they create, there is an immense missed opportunity to offer digital, (watermarked) versions of their portraits to draw other customers in and change perceptions. In fact, just by showcasing their art more, they would gain new customers that were willing to spend more for art.

I spoke to Doug on the phone again tonight. Our portraits will arrive in about a month. When I unwrap them, I’ll share with you. What started as a terrible experience that lacked true integrity, ended up in a relationship with a photographer and his sales representative that I will never forget. I do realize most people are struggling to get by and we are no exception. Every mother deserves to have cherished photos on their wall. I probably will never have the opportunity again to spend the amount I did, or capture my family as Joe photographed. In the end, the photos truly don’t matter, (even the expensive ones.) I want to be the kind of parent that doesn’t need pricey things to feel better, but just needs her children close and integrity, closer.  Sometimes, when it’s late at night and I’m sitting and wondering if it wouldn’t be easier to have a desk job, I’m going to remember that what hangs above me is because of hard work and determination. We can’t put a price tag on the things we value. I didn’t want to appreciate the photographs as much as I did, but they valued far higher than I could have imagined.