{Targeted} Why Are Big Box Retailers Selling Out?

Just a few moments ago, I ventured over to Target.com. They are in the midst of their ‘Camera Sale.’ Since I recently walked into Target for Kleenex and walk out with a $700 digital camera, I try to steer clear of their online website for fear of spending way more than I need. Target has that effect on me and it’s become a pasttime to try to get out for under $50. I’m heading out to Colorado in a few days to keynote and since I’m doing some photography over the weekend, I wanted to find a zoom lens to bring with. A camera sale sounded enticing and their website has always been a mecca of, “Ooooooh.” As I scrolled down on the page, I noticed two links to other websites selling Olympus cameras and gear. The links looked like this: 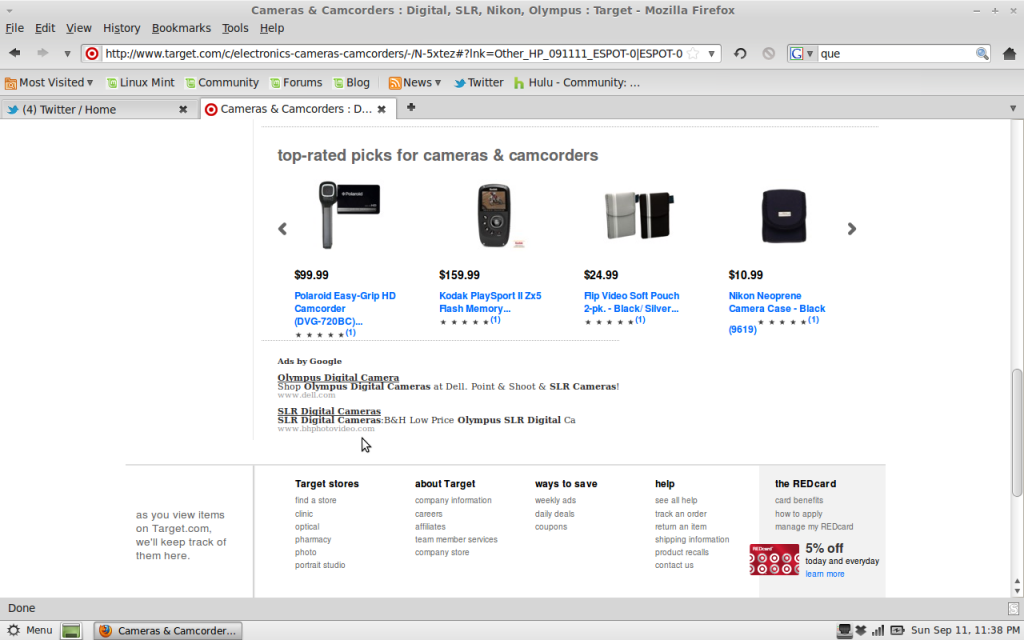 Why would Target.com allow GoogleAds onto their page? Did they actually need the revenue? I was running the session in Firefox so the first thing I checked was if the ads still came up in Chrome and they did. I also clicked around to other places on the Target.com website. When I clicked on kid’s bedding, even MORE ads came up underneath: 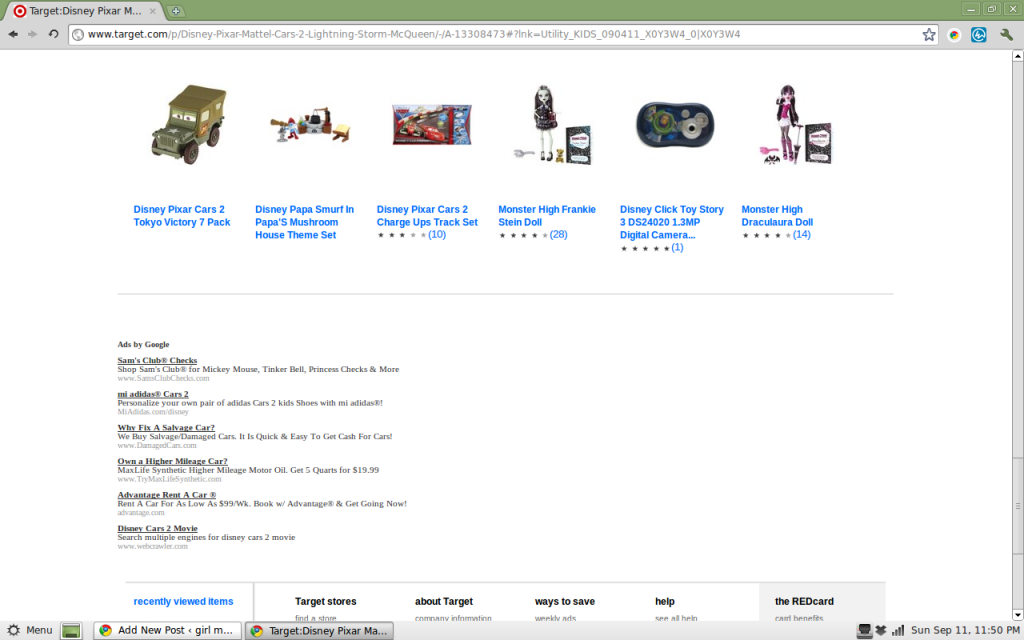 Even a widely-known competitor to Target was listed: Sams Club.  Why would Target needs the clicks so much it that it was helping advertise to its competitor? Imagine walking into a Target store and heading over to the camera aisle, but you were stopped and handed a brochure with ‘keywords’ reminding you that Target’s competition carried the same items, perhaps without the hassle of being stalked with ads or being followed around with annoying reminders. I chose Target because of their sale. And I left Target.com, feeling disgusted with their Ads practice.

I’m a Google FanGirl and Google Ads are a reason a lot of websites are able to operate and continue, however: the owner of each website allows the ads, not Google. Target basically said, “We don’t value you. We’re going to try to sell you something else. Click here! We need the revenue!” The entire practice spoke loudly. Target may be trendy, red and hip, but they’ve completely missed the mark on customer service. If you advertise to your competitors, you’ll lose out on your market. How do I know? I searched one of the Olympus websites advertised and am going to buy my lens from there. National Camera and Video is close to where I live and they have used lenses for far cheaper than new. Had I not visited Target.com, I would have never known. Plus, they didn’t advertise anything but their great prices.