{A Powerful Message}: Pass It On… 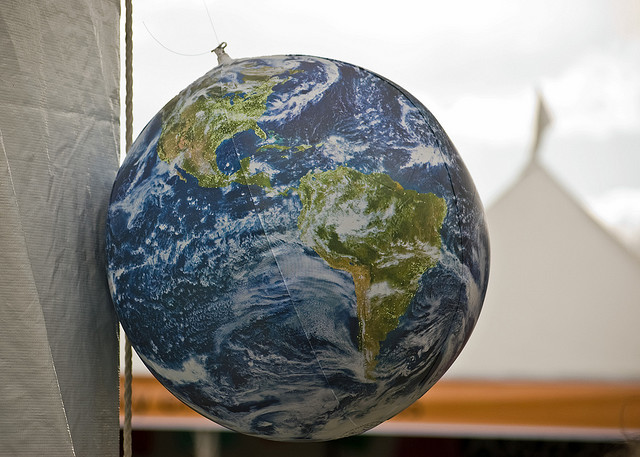 Are you ever struck with such awe with what someone has written?  Or stood speechless as you watched a brilliant sunset disappear beyond the horizon?  Maybe your body is filled with energy during the first few chords of your favorite song.  I call that feeling, emotional currency. It’s what we emotionally spend in something that we fall in love with.  As a writer, I often come across other words that people have typed and I am in awe of the feelings and wisdom they’ve conveyed.  A tweet tonight, caught my attention and I went to a post from @JackB, a powerful and emotionally-driven writer.

I was honored when he allowed me to link to his post and I wanted to share a bit of his words, with you.  As you know, this Saturday is slated by some to be the end of the world.  I had words brewing in my fingertips to speak about my daughter and my love of little things-  the feeling of the nose tingles after I sneeze, the way cold air smells and Ava’s unruly curls.  I had nearly 3 paragraphs typed as a love letter to the world and my daughter.  I stopped suddenly to read Jack’s post and my words… were incomparable.

The world could very well end tomorrow, or at noon on an idle Saturday, but the wisdom Jack has left is priceless.  I printed out his post to read to my five year old when she returned from her visit at Grandma and Papas.  I hope you can do the same and realize the future is never given freely, we have to work for it.  Although I don’t believe that anything will happen Saturday, it doesn’t mean I won’t wonder how someone could make us all a little on edge over one, silly, prediction.  My advice, Live Well.  Jack’s advice, is below.  It’s long, but it’s worth every, breath-taking second.

It is May 19, 2011. Ten days ago we celebrated my 42nd birthday. It was not my favorite birthday, not by a long shot. Truth is for a host of reasons I consider it to be among the worst birthdays I have had. I thought about listing the reasons here so that in the years that come it will be clear as to why I feel this way but I don’t really think it is necessary.

One of the most important skills that you can develop as you grow is learning how to distinguish what is important and what isn’t. I won’t be the first person nor the last to tell you that one of the great contradictions of life is that moments of wonder and amazement are sometimes bookended by the direct opposite. You have already seen that sometimes the little things can turn your day upside down. The question is how those little things impact you.

You have far more power over your lives than you realize. When you are kid it doesn’t always feel that way. There is always someone telling you what to do and how to do it. Some of those things seem ridiculous but you have to do them anyway. Look, I am not a huge fan of making the bed either. I get it, we are just going to get back in and mess up the sheets so why make it. Well, aside from the aesthetics I would say that you do it because it really isn’t worth fighting over. This ties into my comment above about learning how to distinguish what is important and what isn’t.

It is not always easy. We are fighters by birth and by choice. I understand that fire in the belly because I have it too. When things don’t go the way that we want them to we fight to change it. Sometimes that is a really good quality and sometimes it is the thing that will make you miserable.  I have bloodied my knuckles on more one brick wall. You have heard my friends kid around about how I opened a steel can with my hands. It is a true story. I tore that can open with a combination of brute strength and thought.

But what I want for you is to reverse that. Use thought and then brute strength. Take a deep breath, review, evaluate and then proceed.  There will be plenty of times when it makes more sense to act and not react to situations. But there are times when the opposite is true. There are moments where you need to be present. Moments I want you to live and revel in. Don’t hold back, give yourself to it and take it in.

Don’t let fear stop you from going after what you want. I have failed many times and will probably fail some more. Failure sucks. It hurts and sometimes I hate it. But failure doesn’t have to be about bitterness. It is a useful education because how you respond to failure impacts everything you do. It is an education that I hope you learn from. Failure is a teacher. In specific situations it provides a lesson on how not to do something but on a broader level it provides you with examples of how you get back up after you have fallen.

Don’t mistake the importance of being able to look at the past and how you figured out how to stand again. It may sound counterintuitive but past moments of doubt and pain sometimes provide the strength to get through the current ones. They remind you that you didn’t lie down and die. And believe me, some people do. Some people never figure out how to deal with getting punched in the mouth- but you will and you have.

Never forget that your father loves you fiercely. We will fight about things. Sometimes my fear for you may manifest itself in ways that seem ridiculous- deal with it. I’ll do my best to be rational and supportive but sometimes I’ll miss the boat. One day you’ll understand that better.

So let’s step back into the present moment again. My goal is to try and write these letters every year. Time will tell if that actually happens or not. But I can almost guarantee that I will write them as I do now, unscripted and based solely upon the thoughts I have while I am writing.

My life has been filled with more turmoil than I would like. It has been going on for a while now and I see that some of the storms that I have been sailing through are still here.  I don’t know exactly what that means other than life is going to get interesting and some big changes are coming. All I can tell you is that I am fighting hard to keep that tiller pointed towards the horizon. Daylight will come and the seas will calm because they always do. It is just a question of when. So know that if I seem preoccupied it is because I am. But that is because I am trying to do things for you.

I don’t write that to make you feel guilty or to assuage guilt of my own. Most of the crap that I am dealing with is outside of my control and something that many others are dealing with. It is not personal, but I still have to face it.  That is just part of the fun. Ok, I have babbled on long enough. Time to end this with nothing more than I love you.

(Graciously shared from: @TheJackB and his writing on http://www.thejackb.com/.)