I’m someone who can’t stay silent.  Indifference is a choice I don’t tolerate in myself or in other, good, people I see.

I’m going to tell you a Universal Truth:  the moment something is viewed as a popularity contest, it heightens the want to be part of the in crowd.  But it also does something else; it creates a group that rises above the noise of popularity and lives their daily lives.  Those people, are the ones who make the difference. We learned this from high school and we’re learning it now.  There are times to congratulate each other on peer recommendations and times to use the recognition for GOOD.  That’s Universal Truth number one.

Number Two is that  if we are hit by a bus, meteor, or heart attack no one is going to stand by our grave site and weep because the Social Media world lost a Grade A Influencer.  In fact, your statistics, reach and audience will not matter.  The awards you’ve received and buttons for your blog will be forgotten.  The only thing that people will remember was how approachable, kind and human you were, before you died.  That’s the truth.

I went to my high school reunion a few months back.  Strangely, the ‘in crowd‘ was unable to make it.  We had a few people who flirted with legendary fame, but the girls and boys who ruled the halls weren’t present and everyone conversed.  No one missed them. In fact, we remarked how wonderful it was just to talk without people constantly telling us how ‘cool‘ they were.  How loudly does that speak to you?  In the end, all that matters is how we truly lived our lives.  Success is simple, when you really think about what’s important.

So Stop.  Really.  It’s time. The self-congratulations and the pats on the back daily need to cease.  The lists explaining the Social Media Leaders in our area only make us look stupider.   Other cities?  Laugh at us.  I was on a phone call recently with someone that claimed, “If my city’s Social Media scene was anything like yours, I would not be involved. It’s elitist and immature.”  I agreed.

The little conversations back and forth about ‘how fantastic it is to be included,’ and how accurate the analytics were that made the decision don’t matter because most of us, are over high school.  Those that market daily and live a life of Social Media know that it’s ONE tool.  You might be big on Twitter, but can you actually write, decently?  You might have captured 4k followers, but have you actually reached out to someone who needed your help, or were you too, darn, busy being, ‘big‘ to stoop down and realize: Your followers made you who you are, rockstar.

Imagine, YOU, Social Media Winners, without a following and without that special badge that claims you’re on the top of the Dean’s List of Social Media Douchebaggery.  Imagine YOU, without THAT.  Who are you?  Are you even someone worth following?  Is list placement really that important to you that you make groups that tell me who got the most votes, and who hasn’t made the list.  Stop the BURN BOOK.  Stop the pretentiousness.  Just, Stop.

Want me to truly believe you’re great, analytics aside?  Thank the list publisher, actually try to act humble and move the heck on.  Stop making “Social Media Smarties,” websites that are a good ole boys and girls network for moments of Social Media stardom.  You want attention and a true following of good people?  Volunteer.  You want to TRULY cultivate relationships that don’t happen once a month on revolving Fridays at #SMBMSP?  Call people on the phone instead of these faux relationships that happen in 140 characters.  If you want respect, it’s time to start being humble again. 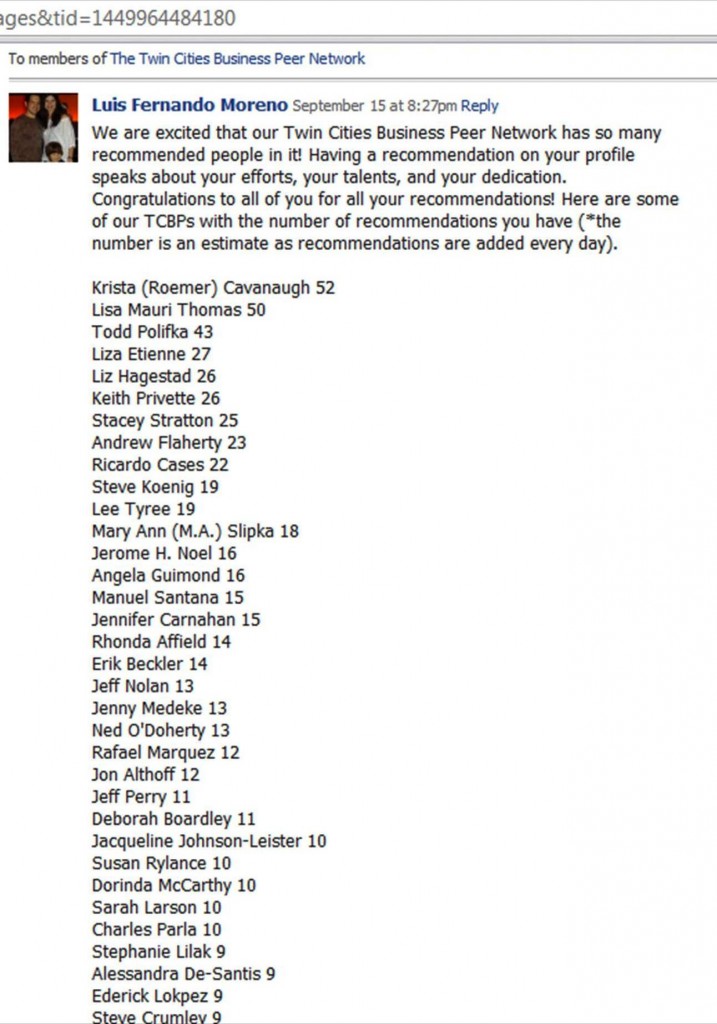